The Ramakrishna Math is a monastic institution, the principal purpose of which is to develop its members and lay devotees by means of spiritual practices such as worship, prayer, meditation andstudy, and to train monks to be competent teachers of religion.

The Ramakrishna Mission is a philanthropic body composed of both monastic and lay members. It is devoted to public service in various forms such as religious, cultural, educational and social.

The hospital serves the people of Arunachal Pradesh and neighbouring districts of Assam, irrespective of caste, creed, colour or religion on the principle of “SERVICE TO MAN IS SERVICE TO GOD” as taught by Swami Vivekananda. 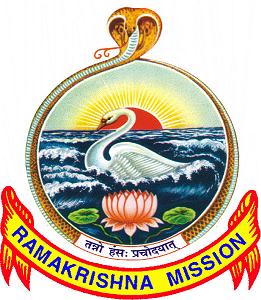 The wavy waters in the picture are symbolic of Karma, the lotus of Bhakti, and the rising sun of Jnana. The encircling serpent is indicative of yoga and awakened kundalini sakti, while the swan in the picture stands for Paramatman. Therefore, the idea of the picture is that by the union of karma, jnana, bhakti, and yoga, the vision of the paramatman is obtained.’

An Opportunity to serve:

Ramakrishna Mission started its activities first in the field of education in Arunachal Pradesh, then NEFA, in the year 1966. Ramakrishna Mission was the first philanthropic and monastic organization to come to this remote corner of our country to serve the people of the state on the request of public leaders of this state, the state government and on the personal request of Smt. Indira Gandhi. The local leaders and the then Lt. Governor of the state Sri K. A. A. Raja, too, requested our headquarters at Belur Math, District Howrah, West Bengal, this time to start a similar service program at Itanagar.Concern about the health care situation of the state made the Mission authorities establish a hospital at Itanagar to provide quality health care to the people. Thus, the Mission was given an opportunity to serve the “God in man” through its health care facility. 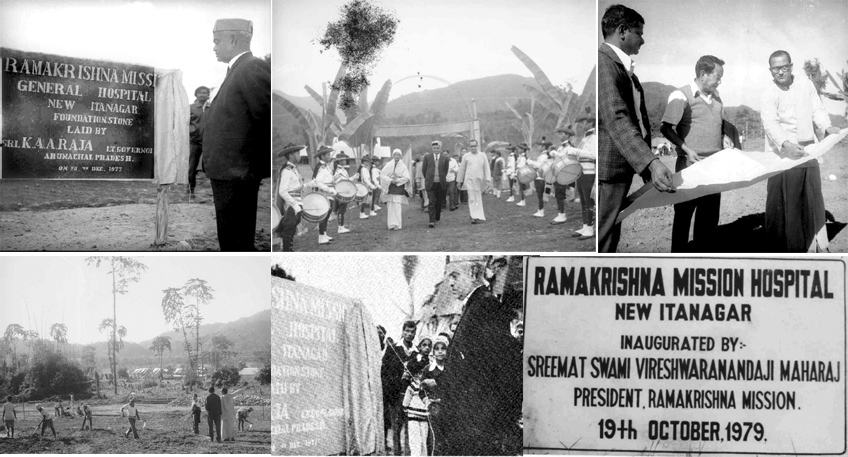 Not content with providing only medical services to the people of this remote state of India, the hospital started a School of Nursing in the year 1985 for training tribal as well as non- tribal girls of Arunachal Pradesh. The school offers a three-year diploma course in General Nursing and Midwifery. The School was accorded recognition and was affiliated to the Assam Council for Nurses, Midwives and Health Visitors in the year 1987. It is also registered and licensed under the Indian Nursing Council. Presently it is affiliated to Arunachal Pradesh Nursing Council.

The hospital is a branch of the Ramakrishna Mission, which has its Headquarters at Belur, District

Howrah, in the state of West Bengal. The mother organization is duly registered under the Societies Act XXI of 1860 vide registration number # 1917/3 of 1909-10 as a charitable/philanthropic organization.

The Founder-Secretary of the hospital

Swami Prathamananda, popularly known as Preeti Maharaj, joined the Ramakrishna Order at its Karimganj center (in the states of Assam) in 1951. He was an initiated disciple of Swami Virajanandaji Maharaj and had sannyasa (formal vows of monkhood) from Swami Shankaranandaji Maharaj in 1961.

He was an adept in construction jobs. The rehabilitation projects of the Ramakrishna Mission that he carried out at Surat (Gujarat), Maner (Bihar), Panisagar (Tripura), Puligadda/Divi Semma (Andhra Pradesh) during 1970s had earned him accolades and are being appreciated by many even now. Swamiji was also a good singer and on many occasions performed in congregations and on stages.He was a person of large heart and had empathy for others. He was affectionate, jovial, and hardworking by nature. He endeared himself to all who came in contact with him. 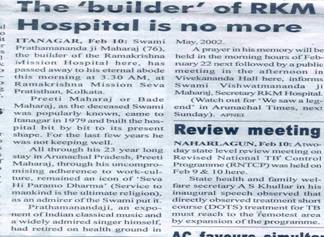 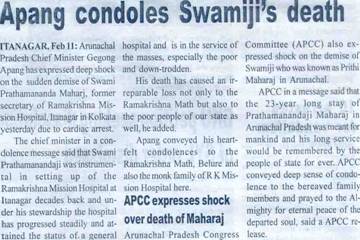